Due to numerous (very successful) attempts to create coin-like GeoKrety trackables, we have decided to expand the list of GeoKrety types by a new coin type. Now all these GeoKrety-coins may wear their own golden flag. You may change the type of GeoKret, which was previously not possible.

The english - official name for the Coin is "Coin"

but for the polish translation we have choosen a different word, which doesn't mean exactly "the coin" (it is "toczygrosz" - which can be translated as "the rolling cent"). If you would like to have a special - german name for this type of geokret, discuss here (you can then vote for the best one) and then the german language team (Schrottie) will apply it to the geokrety language file.

PS: If you have any suggestions for other types you can share your ideas in the comments. Enjoy 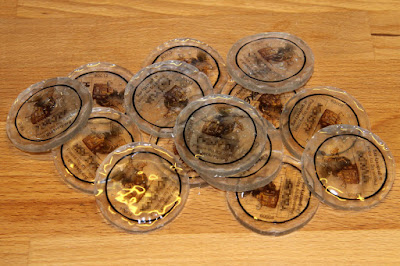